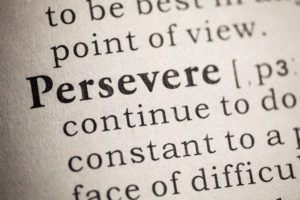 Jumping into your 1L courses can be difficult when you are not completely familiar with the terminology of the course. Utilize these quick ‘tip sheets’ for 1L courses to assist you in your classes and help you on your path to success! Civil procedure is a complicated class because it hits on all of the civil law realm, but it is also difficult to see the bigger picture when discussing individual points. These terms will assist you in your understanding of civil procedure:

Decision on a case; resolving a dispute.

A written statement about facts (usually pertaining to a specific case) under oath.

To confirm a lower court’s decision in regards to appeal.

A claim by the defendant that negates liability even if a prima-facie claim has been established. Example: Necessity.

A complaint can be amended utilizing Rule 15 of the Federal Rules of Civil Procedure. This allows the party to alter their claim, defense, or alleged fact.

Typically, the defendant’s first pleading. This responds to the original complaint from the  plaintiff.

Challenge to a previous legal decision.

The legal theories and set of facts that allows an individual to make a claim for legal remedy.

The rules/process for a case in civil courts.

The plaintiff’s initial action that begins the process of a lawsuit.

Under Rule 13, a defendant may file their own claim against the plaintiff in the form of a counterclaim or cross-claim.

When a party fails to respond to a pleading.

The party whom the complaint is filed against. Must defend or deny allegations.

A claim by defendant stating that although the alleged facts may be true, the plaintiff has no legal remedy.

An answer by the defendant stating the plaintiff’s claims are false.

An interview by an attorney with a witness where they pose questions regarding the lawsuit to obtain relevant information.

The third stage in a civil suit. The process of obtaining information and documents in order to support your claim.

Federal Rules of Civil Procedure. They guide to parties in pursuing a lawsuit in the civil sphere.

A court order telling a party not to do something. Typically a party Example: stop polluting the river.

Written questions to an individual that produces testimony or information for a case.

Joining together several lawsuits or parties.

Authority to proceed over a lawsuit. There are two main divisions: subject matter and personal. Courts typically.

Process of settling a dispute in court. Involves filing pleadings, obtaining items in discovery, and arguing a case during trial. This also includes the process of appeals.

A formal request by a party to a judge to do something. There are several different types of motions that a party can make. Example: Motion to Dismiss.

An oral protest by an adverse party. The exclamation demands that the statements given by the witness should be excluded. The judge must then decide whether to allow the testimony (overruled) or disallow it (sustain).

The party that brings a lawsuit to court.

The beginning stage of a civil lawsuit. This is when the plaintiff files their complaint and the defendant responds through motions or an answer in which they state their claims and defenses.

Case law that has been decided prior to the current case that has similar facts and legal theory. These serve as authority for the decision.

Preponderance of the Evidence

A plaintiff must argue enough facts to meet the elements of the claim they are bringing. They must articulate the information of their grievance that is relevant to the legal theory.

The court’s decision to send the case back to a lower court for a new trial or decision.

When a judge decides to punish a lawyer for malpractice or inconsiderate legal procedure.

The decision between parties to resolve their dispute outside of a trial. Usually in the form of some monetary amount.

A request to produce discoverable materials or appear in court.

A final decision by a judge that settles the dispute without going to trial. The party with the most convincing evidence files this motion and claims that there is no triable issue of fact.

As the 1L summer job search gets into full swing, it’s time to make sure your resume is up to date and ready to send out to employers. If you’ve only … END_OF_DOCUMENT_TOKEN_TO_BE_REPLACED

Welcome back to the Law School Toolbox podcast! Today, we're talking about how to be a great law journal member, whether you're on Law Review or a … END_OF_DOCUMENT_TOKEN_TO_BE_REPLACED

There are podcasts and blog posts alike on the many nuances of The Bluebook. But first, what even is The Bluebook? Calling all 1Ls—this is your bare … END_OF_DOCUMENT_TOKEN_TO_BE_REPLACED

Welcome back to the Law School Toolbox podcast! Today, we're excited to have one of our tutors, Nicola Rossi, joining us to talk about how to improve … END_OF_DOCUMENT_TOKEN_TO_BE_REPLACED

There are certain maxims of how to do law school that seem to have been passed down from generations of students through the ages. It can be scary to … END_OF_DOCUMENT_TOKEN_TO_BE_REPLACED