Alexandra graduated from Suffolk University Law School in 2017 and passed the UBE in all 29 states, not that anyone’s counting. She has a bachelors from Florida International University in English Literature with concentrations in Psychology and Creative Writing. In addition to working on her first novel, she works part time consulting in laboratory compliance. During your first year of law school, you’ll be able to apply for summer jobs. Now, in the old days, summer jobs were lucrative positions that every law student seemed able to obtain, and the salary was used to pay for the following year of school. (At least that’s what my ancient criminal procedure professor told us.) Additionally, most attorneys ended up working in these positions with the same company every summer and then landing their first jobs there post graduation. It was, and is, a huge part of the law school experience. END_OF_DOCUMENT_TOKEN_TO_BE_REPLACED 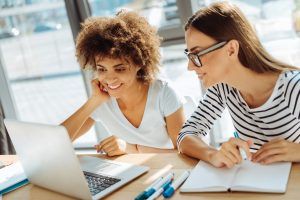 When you start law school, you’ll find that everyone is equal parts nervous, afraid, and excited. I was more afraid than nervous and more nervous than excited, but I’m a special breed of anxious human. In my first few weeks, I was completely confused as to how to juggle everything. Growing up with hypersensitivity (which I’ve mentioned before is a brand of OCD), I knew that in order to calm myself and deal with my anxiety, I needed time away from my stressor. Time to watch tv, cry under my bed covers, or sit in the tub and watch a movie on my iPad. I was terrified when school started, that the way steps I normally took to deal with my anxiety and overwhelm, wouldn’t be accessible because my schoolwork would be all-consuming. END_OF_DOCUMENT_TOKEN_TO_BE_REPLACED

About two months ago, I decided I wanted to write an article interviewing classmates of mine who had decided not to pursue law, and who instead went after careers where their juris doctor gave them a leg up. This was a completely selfish attempt at trying to figure out what I could do with my career because I live in Florida, have a New York bar license, and do not want to pursue getting a Florida license.

But, here’s the rub: no one wanted to talk. I pitched the idea to a few people, and no one wanted to discuss their decision to leave the law behind. It was the strangest thing I’ve ever encountered, and I wondered if maybe these individuals hadn’t passed their bar exams and had been forced into working in a different role and that’s why they didn’t want to speak about it. I find that thought even stranger – I guess because I’m so vocal about my failure (and yes I know, I probably would be less vocal if I failed the second time and decided to leave the law).

So, instead, I’ve outlined below the kinds of real jobs you can get with a juris doctor, and why I’m so interested in this path.

END_OF_DOCUMENT_TOKEN_TO_BE_REPLACED I had never heard of document review attorneys, or “doc reviewers” as we’re called, until months after my second bar attempt. At first it sounded like a dream job – they pay you to sit and read documents, and there’s always projects up for grabs? Score!

In fact, I kind of put the position on a pedestal and felt like it was the Golden Goose – a way out of the mundane work I was currently doing for a company that was about to close. Well, in early June, I was finally able to jump onto a document review project, and I can tell you, it was nothing like I had imagined. Below, I’ll outline what it is like, what doc reviewers actually do, and how to combat some of the daily stressors. END_OF_DOCUMENT_TOKEN_TO_BE_REPLACED

For most of us, summer break is the longest break you’ll have from classes. At my school, they encouraged us to take up a summer job, internship, study abroad, or take classes towards our course load in the fall. My first summer, I had a judicial internship where I was actually taught the art of legal research and writing – something I had not really learned during my year long legal writing course. It was a nice to have a mix of work and relaxation. I started my second year mentally ready to tackle my classes, but with no real idea of what classes I had even signed up for, or why, and no clue how to get back into the swing of things.

My second summer led into an even more confused third year because I took the entire summer off. I mean, the whole summer. I finished second year and went right into vacation mode. I nannied two days a week and spent the rest of the time visiting family, traveling overseas, and watching Netflix. It was the best three months of my life, but when I restarted classes, I had no idea what I was in for. Below are the things I wish I had done that would have set me up for an easier transition back to school.

END_OF_DOCUMENT_TOKEN_TO_BE_REPLACED If you’ve found your way to this blog post, I’m going to venture to guess that someone told you you’d make a good lawyer. Or you are one of a small sect of people who want to go to law school because they have always dreamed of being a lawyer and helping people.

Whichever path brought you to this blog, welcome.

When I decided to go to law school, it was because I fell into the first category. My parents were convinced I’d make an excellent lawyer because I liked to argue my point, and I loved to read and write. Which to me were characteristics of an excellent novelist, but they were adamant that I needed to give up on that dream and find a career. Now, while I don’t agree, I did put writing on the back burner and go to law school – which turned out to be a blessing because it taught me how to be a better writer and be more resilient. But I wish I had chosen to go to law school because I wanted to be a lawyer – not because someone else had wanted it for me.

If you are thinking about going to law school, there are a few questions you should ask yourself before taking such an expensive and time-consuming step:

END_OF_DOCUMENT_TOKEN_TO_BE_REPLACED

As the 1L summer job search gets into full swing, it’s time to make sure your resume is up to date and ready to send out to employers. If you’ve only … END_OF_DOCUMENT_TOKEN_TO_BE_REPLACED

Welcome back to the Law School Toolbox podcast! Today, we're talking about how to be a great law journal member, whether you're on Law Review or a … END_OF_DOCUMENT_TOKEN_TO_BE_REPLACED

There are podcasts and blog posts alike on the many nuances of The Bluebook. But first, what even is The Bluebook? Calling all 1Ls—this is your bare … END_OF_DOCUMENT_TOKEN_TO_BE_REPLACED

Welcome back to the Law School Toolbox podcast! Today, we're excited to have one of our tutors, Nicola Rossi, joining us to talk about how to improve … END_OF_DOCUMENT_TOKEN_TO_BE_REPLACED

There are certain maxims of how to do law school that seem to have been passed down from generations of students through the ages. It can be scary to … END_OF_DOCUMENT_TOKEN_TO_BE_REPLACED